What’s Wrong With This Picture? Star Trek Lessons for e-Discovery

All of the senior officers in Star Trek worked together on the bridge except for one, the Chief Engineer. Poor Scotty was always kept below in Engineering, far away from the command center. Scotty was never really part of the core team. Sure, he had a high rank, but he was not a decision maker, and was only rarely allowed on the bridge. In fact, the rest of the Star Trek team never even talked to him much unless there was a problem. 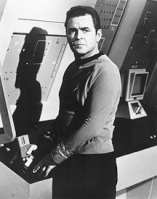 Still, there were problems aplenty, and the team needed Scotty to keep the Enterprise going. In just about every episode, he and the other techs would work around the clock to meet the Captain’s unrealistic time demands to save the day. Indeed, the pleas of other members of the team for Scotty to beam them up out of trouble became the signature line of Star Trek. Yes, the senior officers needed Scotty, but he was never given the respect and equality he was due.

According to Dan Regard, one of the keynote speakers at the Masters e-Discovery Conference in Washington D.C. last week, Star Trek has an important lesson to teach to e-discovery: bring the engineers onto the bridge and make IT an integral part of your core e-discovery team. Then, and only then, will the Enterprise succeed. As it turns out, many e-discovery aficionados are also Trekkies and so this analogy received a strong positive response.

Dan is an attorney and one of the founders of LECG, an expert services firm, where he is now a Managing Director in Washington D.C. He has 20 years’ experience as a consultant in the computer industry and in e-discovery. He is an obvious fan of the Vulcans on Star Trek because his other key message was to improve the e-discovery process by constantly asking why. In other words, subject your activities to reasoned analysis and logic. Do not impulsively do things because that is how you have always done them. Engage in extensive proactive analysis at the beginning of any project. Examine the assumptions behind your e-discovery activities. Do you really need to preserve your backup tapes for a particular case? Why collect, produce and review so much data? Dan claims that he has saved as much of 80% of projected costs in an e-discovery process by such an analytic approach.

Anne Kershaw was another excellent keynote speaker at the Masters Conference. She is an attorney and consultant involved with high tech litigation since 1993. Anne gave the first presentation I have heard concerning new proposals for amending Rule 8 of the Federal Rules of Civil Procedure concerning notice pleading. Rule 8(a)(2) merely requires a “short and plain statement of the claim showing that the pleader is entitled to relief” in order to state a cause of action. This notice pleading rule was enacted in 1938, and has been interpreted over the years to require only vague general pleading for a case to go forward. As Anne put it, in today’s federal court, all you have to do is say “I’m hurt and you owe me.”

The problem for e-discovery with this vague general approach is that defendants frequently have no good idea from such pleadings as to what evidence will be relevant. This forces defendants to guess what computer records may need to be preserved and collected. This drives up the cost of e-discovery and leads to mistakes when a defendant guesses wrong. Further, it allows frivilous law suits to proceed to expensive discovery that could have been weeded out by more stringent pleading requirements.

Anne and other members of the Rules Committee are proposing a series of possible amendments to the Rules to require more particularized pleading of facts, especially in complex litigation. This would permit the earlier dismissal of cases without merit. This is a hot political issue that the plaintiff’s bar has long opposed. You can help Anne out on this important project by sending her examples of frivolous lawsuits that ended up costing a small fortune to defend.

Another good event that I attended at the Masters Conference was the panel discussion on Career Development & Hiring Trends in Legal Technology. The panelists were Jeff Scarpitti of The Kennett Group, Clark Cordner of Orrick, Ben Hawksworth of Ernst & Young, and Jeff Ghielmetti of Cisco and Legal on Ramp. The group spoke about the entrepreneurial law firm model that has been always been dominant in e-discovery services. That is where law firms in effect create their own e-discovery vendor companies within their law firms. This captive billing center then provides e-discovery services to the firm’s litigation clients. This entrepreneurial model has been quite profitable to law firms for many years, and is apparently still going strong. There are many employment opportunities in this area for both techie lawyers and IT personnel.

But one of the panelists, Jeff Ghielmetti, offered a new model, which in my view is the wave of the future. Jeff told the story of how Cisco established the first internal corporate e-discovery team after the stock market crash of 2000 and 2001. At that time, Cisco was hit with a flood of litigation, often involving millions of pages of electronic documents. One of the first cases came with a $23,500,000 bill for e-discovery. Cisco could not continue at that kind of burn rate, so out of necessity they decided to try something new, and go in-house. For help they turned to Jeff, a Cisco engineer, not a lawyer, but he had the full backing of Cisco’s forward-looking (aka “desperate”) legal department.

Under Jeff’s direction, Cisco turned away from the traditional model of hiring lawfirms and e-discovery vendors to manage their data preservation, collection and analysis, and they started to do it themselves. Cisco set up the first internal, multi-disciplinary corporate e-discovery team. Jeff reported that Cisco’s program has been a huge success, not only in cutting costs, but also in better management of risks.

The Cisco model is basically the same internal team paradigm I promote on this blog and in my practice. Although I had heard rumors about Jeff and Cisco’s team, I had never seen any writings about their program, and this is the first time I had heard Jeff speak. It was very encouraging. After explaining the background, Jeff went into some of the details of how the Cisco team operates. He explained that the team work begins by preparing a map showing where all of the company’s ESI is located. At Cisco, they call that the “treasure map” and it is constantly updated. I agree completely with this approach and write about ESI maps in the blog page above.

Ben Hawksworth of Ernst & Young spoke of the consensus now forming that the internal corporate team approach is the “holy grail” of e-discovery. Under this new model corporations preserve and collect their own data, and do initial processing and analysis, and then turn the data over to the outside law firm for review and production. Once again, this is exactly the model I have been promoting, as is explained in the About blog page above. It appears that the internal e-discovery team approach to e-discovery may finally be catching on, and will soon overtake the traditional law firm entrepreneurial model. In the language of Star Trek, Scotty’s on the bridge and the Ferengi are on the run.

This entry was posted on Monday, October 29th, 2007 at 1:58 pm and is filed under New Rules, Technology. You can follow any responses to this entry through the RSS 2.0 feed. Both comments and pings are currently closed.

One Response to What’s Wrong With This Picture? Star Trek Lessons for e-Discovery