This is a continuation of Journey into the Borg Hive: Part One, Part Two, and Part Three of a SciFi Saga. This series is about a legal search project set sometime in the not too distant future. For a look at fifty years from now check out A Day in the Life of a Discovery Lawyer in the Year 2062: a Science Fiction Tribute to Ray Bradbury.

From Thought to Action

Elusion test or not, I was still concerned about Siri’s fully automated approach. All of the machine training documents would be randomly selected, even the initial seed set. I had been thinking about a plan to save my client from the Borg approach. I had only a general outline of what to do. I knew all of the details would fall into place soon enough. It was time to move from thought to action, and risky creative action at that. I was reminded of Ray Bradbury’s famous quote about thinking:

I knew Bradbury meant Dont think as a poetic counter-balance and a warning. He was a man who thought a lot and was very creative. If the saying were literally true, that you should never think, then all of us who think for a living would be lost. We would be paralyzed by analysis. Truth be told, there is considerable danger in too much thinking, which is why Bradbury wrote what he did. Fortunately today there are several apps for that. As Yoda would say: Do or do not, there is no try.

As an old computer guru (that used to be a common phrase), I found inspiration in what is known as the hackers credo: code wins arguments. That meant to try it out, to take action. This was an application of the pragmatic test of truth, whether it works or not, in the uniquely American tradition of William James and Charles Peirce. Hackers used that philosophy to change the world by making insanely good technology. Facebook’s founder, Mark Zuckerberg, called this can do attitude the Hacker Way, and articulated five basic tenants of this philosophy:

I knew I had to act fast and take bold steps. I started with several emails to my right hand in the firm, followed by a call to my top outside review project manager. He did review and project management at the same time, which, with today’s software, was not too hard. Next I talked to my top two outside reviewers and explained my proposal. I was asking all three of them for a big favor. I wanted them to work on a contingency basis.

The plan was for them to do a review of a copy of the same three million document database, but use our multimodal software and methods. We shared the same values, so I knew they would probably go for it, that is, if they had openings in their schedule. Plus, they all owed me a few favors.

I also made a call to my firm’s current favorite vendor. They understood right away that if my plan worked, and their competitor’s software and methods failed, that it would be all over the legal press. It would start secret, but, if we won, would end up very open. It could have a big impact on the market. They knew they could not buy that kind of publicity, so they agreed to further lower their already low bulk-rate licensing for this project.

I explained to my team that they would do the same project as the eight lawyers on the Borg team. It sounded like fair odds to me. I knew my team and methods were superior to the Borg. That’s what I told my team during the final conference, where I asked everyone to make an in-or-out decision.

I joked and told them resistance was futile, that we had to stand up to the Borg and save the industry from the dreaded hive mind. They were all Star Trek fans and knew that a hive mind was a negative type of collective sharing of minds into a single consciousness where the individual would lose all personal identity, all personal volition and creativity. They would become a mere drone. I made a blatant appeal to their core values, a tactic that rarely fails with fellow hackers.

I asked if they would stand up for individual lawyer creativity and free will? Did they want the freedom to do other kinds of searches, or just be tied to machine learning? Did they want to sit  back and do nothing while the Borg eroded our speciality by over-delegation to machines and random chance? The appeal to values hit home, just as I had hoped. My request was not  about helping Google, or me. It was about protecting the entire profession from a painful wrong turn.

They were all in. 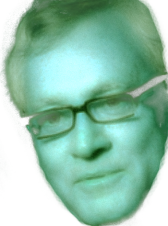 Next I went to Linda at Google, explained the plan, and asked for her permission. Openness is a key part of the hacker way, plus it was the right thing to do. This was their project and their law suit. I was just their e-discovery attorney. I told her I understood that she had no budget for this second shadow team, but since we felt so strongly about the high risk of the Borg approach, we were willing to assume the entire monetary risk of failure. Still, I wanted her to agree that if our concerns were right and the Borg approach proved defective, then half of any refunds Google received from the vendor would be awarded to us as a quality control addendum. I told her I had studied the contract provision she had told me about before and I thought it was possible. She looked it over again during the call and agreed.

Linda thought the proposal was more than fair. She also volunteered to make reasonable efforts to pursue a claim against them if that seemed necessary and warranted. She was psyched and thankful about the extra effort we were willing to make on our own dime. She understood this was more than about helping Google. I sent a confirmatory email when we hung up. I did not copy the GC. That was not my place.

During the course of our conversation we did the math on how much money a full refund might bring. I made full disclosure to Linda. I had to. Unlike a vendor, a lawyer has a fiduciary duty to their client. I explained that if Google was able to get a full refund, then our half of the refund would be more than our usual charges for the review. She was surprised by our review rates, tied as they were to exceptionally high review speeds, smart culling, minimal management, and low-cost bulk-rate software. She said she wanted to talk to me later about a few other cases coming down the pike. The risk was already starting to pay off.

Linda had no problem with my reviewers and firm getting a bonus in this way to compensate  for the risks. Google could do nothing but benefit from the whole scheme. It was effectively getting two reviews for the price of one, no matter what happened. We had a deal and I had the full blessings of my client.

Good News for My Reviewers

My first move was to tell the review team and my firm that we had a deal, and that if we were right and the Borg way failed, and if Google got a full refund, then our half of the refund could result in about a forty percent bonus. I had been hoping for that, but did not want to say anything to my outside reviewers before I talked to Linda.

My reviewers and software supplier had agreed to work on a contingency without any hope of a bonus, a gesture I greatly appreciated. Even if there were many contingencies to payment, the bonus hope was good news. Still, all three of the reviewers knew that they risked getting paid nothing for up to two weeks of their time. The same time-risk applied to me to a lesser degree, as I would have to supervise a second team and make relevancy calls where needed. But I was on a salary, so my financial risk was less, so too was my potential reward. This was not about the money to me. The small portion of the bonus I reserved to the firm would be indirect gravy, not really a big deal compared to the size of the overall fee for the case.

The risk to the software vendor was also small, but they had some skin in the game too, as the set-up and maintenance costs were all out of their pocket. They also agreed to include a project manager at no cost. They knew I would not need any hand-holding.

What made the contingency risk worse for everyone is that we did not know exactly how long the review work would take. It might take several weeks to complete, maybe more, depending on what part of the bell curve the truth lay. If it was on the left side of the peak, and the yield was on the low side, then the three reviewers might finish in less than 40 hours a piece (total 120 hours) and the bonus would be more that 40%. But if it was closer to the 31,000 documents side, more relevant documents would likely be found. That would slow and extend their review. In that case we could all be in for a long haul and, assuming we got paid at all, a lower bonus, or even no bonus. Based on the spot projection it would probably come in at around 17,000 relevant documents, where the bonus would be about 40%. We were not too worried about the worst case scenario.

All of us involved in this contingency deal were lawyers. We all understood better than most how risks and probabilities worked in review projects. I sent out the review contract for everyone to e-sign and return.

This entry was posted on Friday, January 25th, 2013 at 10:23 pm and is filed under Evidence, Lawyers Duties, Metadata, New Rules, Related Legal Webs, Review, Search, Spoliation/Sanctions, Technology. You can follow any responses to this entry through the RSS 2.0 feed. Both comments and pings are currently closed.

6 Responses to Journey into the Borg Hive: Part Four