One of the activities of AI-Ethics.com is to monitor and report on the work of all groups that are writing draft principles to govern the future legal regulation of Artificial Intelligence. Many have been proposed to date. Click here to go to the AI-Ethics Draft Principles page. If you know of a group that has articulated draft principles not reported on our page, please let me know. At this point all of the proposed principles are works in progress.

The latest draft principles come from Oren Etzioni, the CEO of the Allen Institute for Artificial Intelligence. This institute, called AI2, was founded by Paul G. Allen in 2014. The Mission of AI2 is to contribute to humanity through high-impact AI research and engineering. Paul Allen is the now billionaire who co-founded Microsoft with Bill Gates in 1975 instead of completing college. Paul and Bill have changed a lot since their early hacker days, but Paul is still  into computers and funding advanced research. Yes, that’s Paul and Bill below left in 1981. Believe it or not, Gates was 26 years old when the photo was taken. They recreated the photo in 2013 with the same computers. I wonder if today’s facial recognition AI could tell that these are the same people?

Oren Etzioni, who runs AI2, is also a professor of computer science. Oren is very practical minded (he is on the No-Fear side of the Superintelligent AI debate) and makes some good legal points in his proposed principles. Professor Etzioni also suggests three laws as a start to this work. He says he was inspired by Aismov, although his proposal bears no similarities to Aismov’s Laws. The AI-Ethics Draft Principles page begins with a discussion of Issac Aismov’s famous Three Laws of Robotics.

Below is the new material about the Allen Institute’s proposal that we added at the end of the AI-Ethics.com Draft Principles page.

We would certainly like to hear more. As Oren said in the editorial, he introduces these three “as a starting point for discussion. … it is clear that A.I. is coming. Society needs to get ready.” That is exactly what we are saying too. AI Ethics Work Should Begin Now.

Oren’s editorial included a story to illustrate the second rule on duty to disclose. It involved a teacher at Georgia Tech named Jill Watson. She served as a teaching assistant in an online course on artificial intelligence. The engineering students were all supposedly fooled for the entire semester course into thinking that Watson was a human. She was not. She was an AI. It is kind of hard to believe that smart tech students wouldn’t know that a teacher named Watson, who no one had ever seen or heard of before, wasn’t a bot. After all, it was a course on AI.

This story was confirmed by a later reply to this editorial by the Ashok Goel, the Georgia Tech Professor who so fooled his students. Professor Goel, who supposedly is a real flesh and blood teacher, assures us that his engineering students were all very positive to have been tricked in this way. Ashok’s defensive Letter to Editor said:

Mr. Etzioni characterized our experiment as an effort to “fool” students. The point of the experiment was to determine whether an A.I. agent could be indistinguishable from human teaching assistants on a limited task in a constrained environment. (It was.)

When we did tell the students about Jill, their response was uniformly positive.

We were aware of the ethical issues and obtained approval of Georgia Tech’s Institutional Review Board, the office responsible for making sure that experiments with human subjects meet high ethical standards.

Etzioni’s proposed second rule states: An A.I. system must clearly disclose that it is not human. We suggest that the word “system” be deleted as not adding much and the rule be adopted immediately. It is urgently needed not just to protect student guinea pigs, but all humans, especially those using social media. Many humans are being fooled every day by bots posing as real people and creating fake news to manipulate real people. The democratic process is already under siege by dictators exploiting this regulation gap. Kupferschmidt, Social media ‘bots’ tried to influence the U.S. election. Germany may be next (Science, Sept. 13, 2017); Segarra, Facebook and Twitter Bots Are Starting to Influence Our Politics, a New Study Warns (Fortune, June 20, 2017); Wu, Please Prove You’re Not a Robot (NYT July 15, 2017); Samuel C. Woolley and Douglas R. Guilbeault, Computational Propaganda in the United States of America: Manufacturing Consensus Online (Oxford, UK: Project on Computational Propaganda).

In the concluding section to the 2017 scholarly paper Computational Propaganda by Woolley (shown here) and Guilbeault, The Rise of Bots: Implications for Politics, Policy, and Method, they state: 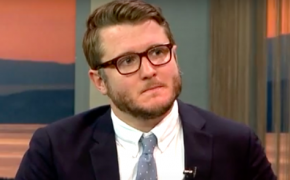 The results of our quantitative analysis confirm that bots reached positions of measurable influence during the 2016 US election. … Altogether, these results deepen our qualitative perspective on the political power bots can enact during major political processes of global significance. …

Most concerning is the fact that companies and campaigners continue to conveniently undersell the effects of bots. … Bots infiltrated the core of the political discussion over Twitter, where they were capable of disseminating propaganda at mass-scale. … Several independent analyses show that bots supported Trump much more than Clinton, enabling him to more effectively set the agenda. Our qualitative report provides strong reasons to believe that Twitter was critical for Trump’s success. Taken altogether, our mixed methods approach points to the possibility that bots were a key player in allowing social media activity to influence the election in Trump’s favour. Our qualitative analysis situates these results in their broader political context, where it is unknown exactly who is responsible for bot manipulation – Russian hackers, rogue campaigners, everyday citizens, or some complex conspiracy among these potential actors.

Despite growing evidence concerning bot manipulation, the Federal Election Commission in the US showed no signs of recognizing that bots existed during the election. There needs to be, as a minimum, a conversation about developing policy regulations for bots, especially since a major reason why bots are able to thrive is because of laissez-faire API access to websites like Twitter. …

The report exposes one of the possible reasons why we have not seen greater action taken towards bots on behalf of companies: it puts their bottom line at risk. Several company representatives fear that notifying users of bot threats will deter people from using their services, given the growing ubiquity of bot threats and the nuisance such alerts would cause. … We hope that the empirical evidence in this working paper – provided through both qualitative and quantitative investigation – can help to raise awareness and support the expanding body of evidence needed to begin managing political bots and the rising culture of computational propaganda.

This is a serious issue that requires immediate action, if not voluntarily by social media providers, such as Facebook and Twitter, then by law. We cannot afford to have another election hijacked by secret AIs posing as real people.

As Etzioni stated in his editorial:

My rule would ensure that people know when a bot is impersonating someone. We have already seen, for example, @DeepDrumpf — a bot that humorously impersonated Donald Trump on Twitter. A.I. systems don’t just produce fake tweets; they also produce fake news videos. Researchers at the University of Washington recently released a fake video of former President Barack Obama in which he convincingly appeared to be speaking words that had been grafted onto video of him talking about something entirely different.

See: Langston, Lip-syncing Obama: New tools turn audio clips into realistic video (UW News, July 11, 2017). Here is the University of Washington YouTube video demonstrating their dangerous new technology. Seeing is no longer believing. Fraud is a crime and must be enforced as such. If the government will not do so for some reason, then self- regulations and individual legal actions may be necessary.

In the long term Oren’s first point about the application of laws is probably the most important of his three proposed rules: An A.I. system must be subject to the full gamut of laws that apply to its human operator. As mostly lawyers around here at this point, we strongly agree with this legal point. We also agree with his recommendation in the NYT Editorial:

Our common law should be amended so that we can’t claim that our A.I. system did something that we couldn’t understand or anticipate. Simply put, “My A.I. did it” should not excuse illegal behavior.

We think liability law will develop accordingly. In fact, we think the common law already provides for such vicarious liability. No need to amend. Clarify would be a better word. We are not really terribly concerned about that. We are more concerned with technology governors and behavioral restrictions, although a liability stick will be very helpful. We have a team membership openings now for experienced products liability lawyers and regulators.

This entry was posted on Sunday, September 17th, 2017 at 4:12 pm and is filed under AI Ethics, Lawyers Duties, Technology. You can follow any responses to this entry through the RSS 2.0 feed. Both comments and pings are currently closed.