It is rare of a judge to change their mind after making a decision. It is rarer still for a judge to celebrate doing so in a written opinion for the world to see. But that is exactly what Magistrate Judge Jeffrey Cole has done in his opinion dated May 17, 2018 in Motorola Sols., Inc v. Hytera Communications Corp., No. 17 C 1973 (N.D. Ill.).

This celebration is one reason that Judge Cole’s Order denying Motorola’s motion for forensic inspection is so remarkable. Another is that it begins with a quote, a rare occurrence in judicial orders, one that I always like. The quote celebrates the better late than never philosophy of changing your mind to follow a new understanding, a personal wisdom. The quote is by the late, great Supreme Court Justice, Felix Frankfurter. Felix served as a judge on the Supreme Court from 1939 to 1962.  Before that he was, among other things, a Harvard Law Professor and co-founder of the American Civil Liberties Union. Here is the quote with which Cole begins his order:

“Wisdom too often never comes, and so one ought not to reject it merely because it comes late.”

Another unusual thing about Judge Cole’s order, and the real reason I am writing about it, is that the wisdom that came to him was from the doctrine of proportionality and Rule 26(b)(1). This was the basis for Judge Cole to deny plaintiff’s motion for a forensic inspection of defendant’s computers, in China no less.

District Court Judge Ronald Norgle had previously allowed the parties until October 6, 2017, to conduct discovery on the statute of limitations defense only and stayed all other discovery. The parties had one month in which to take discovery on a very limited topic of fraudulent concealment, which is a type of tolling within the doctrine of equitable estoppel of the limitations defense. Nothing else. After all, Motorola has waited almost ten years before filing a trade-secret theft suit against a Chinese corporation for allegedly stealing its radio wave technology. As Judge Cole colorfully described the situation (citations to record removed in all quotes) with a reference to Hannibal:

While the inquiry should have been uncomplicated, it has become a long, drawn out, pitched battle — one, in a rhetorical sense, to rival the Punic Wars — albeit without the elephants and the Alps and the sheer drama.

1 The filings and orders in this case which, again, is only in the preliminary stage of determining whether Motorola’s filing is timely, already cover more than 7,500 pages. See also n. 5, infra.

Five months into this “limited” discovery process Motorola asked to conduct a forensic examination of the computers of “key Hytera witnesses who have been involved in the use of Motorola’s confidential information and any relevant Hytera servers … on which Hytera has stored Motorola documents,” all of which are located in China. Motorola said it wanted to “begin with forensic inspection of the computers” of seven Hytera employees. Judge Cole said this request reminded him of Winston Churchill’s famous quip: “Now this is not the end. It is not even the beginning of the end.”

After several hearings Judge Cole was persuaded by the siren songs of plaintiff’s counsel from the well-known firm of Kirkland & Ellis LLP. They must have been very good orators and put on a compelling argument to support their motion. They convinced Judge Cole to allow them to begin a forensic examination process in China under elaborate Hague Convention procedures. Only after the hearings and oral decision to compel the inspection did Judge Cole realize the error of that decision. Judge Cole to his credit does not blame Kirkland and Ellis litigators for leading him astray. Following standard judicial protocol Judge Cole assumed full responsibility for the initial error:

Judge Cole went on to celebrate a jurists right to change their mind in order to get things right.

The scope of discovery that I was initially inclined to allow was, in the context of the present inquiry that had been narrowed by the district court to the limitations issue, overbroad. What is being sought goes beyond the issue of equitable tolling. In the end, Motorola’s counsel and I were talking about relevance to allegations in Motorola’s complaint. And so, well beyond the statute of limitations, by the end of the April 4 hearing, discovery was encompassing documents related to Motorola’s entire case.

In the May 17, 2018 order Judge Cole found the wisdom to say no and forbid the forensic examination of the computers in China. He did so because he found that this discovery was “out of proportion with the needs of this case, as presently limited by the district court” and cited Rule 26 (b)(1), Federal Rules of Civil Procedure. Although I am sure that he heard extensive argument and evidence concerning the estimated costs and burdens imposed by the forensic exams, his decision did not focus on costs. Instead it focused on one of the other very important factors in 26(b)(1), “the importance of the discovery in resolving the issues.” Judge Cole realized that the computers in China could not possibly have information in them of any real relevance to equitable tolling of the statute of limitations defense.

At a minimum, even if relevant to the present limited issue, discovery of computers in China is not proportional to the importance of discovery in resolving the issues and the burden and expense of the proposed discovery manifestly outweighs its likely benefit to the very limited question of equitable tolling. Although the federal discovery rules are permissive, they are not, as Judge Moran wisely put it, “a ticket to an unlimited … exploration of every conceivable matter that captures an attorney’s interest.” Sapia v. Bd. of Educ. of the City of Chi., 2017 U.S. Dist. LEXIS 73153, 2017 WL 2060344, at *2 (N.D. Ill. 2017); see also Leibovitch v. Islamic Republic of Iran, 2018 U.S. Dist. LEXIS 31713, 2018 WL 1072567, at *11 (N.D. Ill. 2018). “[J]udges should not hesitate to exercise appropriate control over the discovery process.” Herbert v. Lando, 441 U.S. 153, 177, 99 S. Ct. 1635, 60 L. Ed. 2d 115 (1979). Failure to exercise that control results in needless and enormous costs to the litigants and to the due administration of justice.

Judge Cole also understood that a forensic inspection is a drastic remedy that requires good cause not shown by plaintiff here:

The original idea here was for a month or so of discovery focused on the very limited issue of the statute of limitations. While it is rare for parties to complete discovery even by dates chosen by their counsel, there can be no dispute that things have already gone far beyond what was intended and what was necessary in the statute of limitations portion of this case, in terms of time and scope. Now, Motorola wants things to go very much further. Forensic examination is generally regarded as a drastic step even in general discovery. See, e.g.,John B. v. Goetz, 531 F.3d 448, 460 (6th Cir. 2008) (“mere skepticism that an opposing party has not produced all relevant information is not sufficient to warrant drastic electronic discovery measures.”). As the court said in In re Ford Motor Company, 345 F.3d 1315 (11th Cir. 2003):

““In the absence of a strong showing that the responding party has somehow defaulted in this obligation, the court should not resort to extreme, expensive, or extraordinary means to guarantee compliance. Forensic inspection of computer hard drives is an expensive process, and adds to the burden of litigation for both parties, as an examination of a hard drive by an expert automatically triggers the retention of an expert by the responding party for the same purpose. Furthermore, examination of a hard drive inevitably results in the production of massive amounts of irrelevant, and perhaps privileged, information … . This court is therefore loathe to sanction intrusive examination of an opponent’s computer as a matter of course, or on the mere suspicion that the opponent may be withholding discoverable information.”

The Advisory Committee Notes to Rule 34 recognize that courts must use caution in evaluating requests to inspect an opposing party’s electronic devices or systems for ESI, in order to avoid unduly impinging on a party’s privacy interests:

Inspection or testing of certain types of electronically stored information or of a responding party’s electronic information system may raise issues of confidentiality or privacy. The addition of testing and sampling to Rule 34(a) with regard to documents and electronically stored information is not meant to create a routine right of direct access to a party’s electronic information system, although such access might be justified in some circumstances. Courts should guard against undue intrusiveness resulting from inspecting or testing such systems.

Civil litigation should not be approached as if information systems were crime scenes that justify forensic investigation at every opportunity to identify and preserve every detail … . [M]aking forensic image backups of computers is only the first step of an expensive, complex, and difficult process of data analysis that can divert litigation into side issues and satellite disputes involving the interpretation of potentially ambiguous forensic evidence.

Judge Cole’s wrap up is wise and witty and something you may want to quote in many discovery disputes, especially the footnote:

5 A ream of paper is 500 sheets, which is 2 inches tall. Three million pages is 6,000 reams, meaning that 3 million pages of discovery, which is about 1,000 feet high or 100 stories high. By any measure, that is extraordinary.

Yet, apparently for Motorola, it’s not enough. It now wants a forensic inspection of several computers in China — and it warns that that is only the “beginning.” What should have been limited discovery on a “straightforward [issue has] spiral[ed] out of control.” Montanez v. Simon, 755 F.3d 547, 552 (7th Cir. 2014). The time has come to say: “enough is enough.” Walker v. Sheahan, 526 F.3d 973, 981 (7th Cir. 2008). Eight months of “limited,” single-issue discovery are now at an end. Motorola’s motion for forensic inspection is denied. 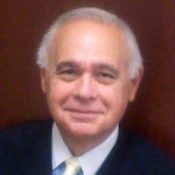 Enough is enough. To go further would have been a disproportionate burden, especially considering the very narrow issue allowed in discovery. Judge Cole at first made a mistake, and then he changed his mind and made it right. He is a wise judge. I wish there were more like him. Except of course if you change your mind to rule against me! <‘_’>

This entry was posted on Monday, May 28th, 2018 at 6:17 pm and is filed under Forensic Exam, Lawyers Duties, New Rules, Technology, wisdom. You can follow any responses to this entry through the RSS 2.0 feed. Both comments and pings are currently closed.