E-Discovery Gamers: Join Me In Stopping Them

Many lawyers view litigation as just a game, a game to be won at all costs. Electronic discovery is just part of the game. The goal for such lawyers is not justice, and certainly not truth. The goal is to win the game by any means possible. It’s about the personal profit and power that comes from winning, either by final judgment or settlement. Law gamers don’t care about justice. They are only in it for the money.

Truth Is Not Just A Construct

As a consequence, gamer lawyers do not see e-discovery as a way to get at the truth of a dispute. They don’t care about the truth. Non-gamers ask for and look at documents to try to find out what really happened. But not gamers. They view facts as malleable. E-discovery for them is just a way to find enough documents to construct a story. They only care about whether a story will likely persuade a judge or jury to rule in their client’s favor. Not whether it is true.

Gamers view requests for discovery as potentially dangerous to their constructs. For that reason, they will play endless, elaborate games to try to hide the facts. For them hide-the-ball is just a game, one that might have economic consequences if they are caught, but they rarely are. So the games go on. 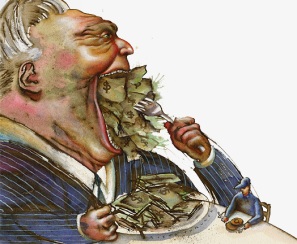 Gamer lawyers use discovery, especially e-discovery, as a way to impose an economic burden on the other side, the person or person they are playing against. If they can make a document production expensive enough, they can increase their leverage. They can drive up the settlement value of a case. They can win and so make more money.

Conversely, if they dump a big enough pile of nearly irrelevant documents on the requesting party, they can place a counter-burden. This burden of review creates an economic impact. It may also be a good way to hide-the-ball. A smart move for a true gamer. Gamers lawyers play on both sides, plaintiff and defense. Greed is an equal opportunity employer.

When a gamer does sometimes realize that the other side is hamstrung by rules, and is not a gamer like them, they tend to think that they are up against a naive patsy and play even harder. Nothing gets them off their game.

They are delighted when their adversary is a moralist. They are more than happy to take advantage of that. A true gamer does not care about rules of any kind. Rules are meant to be broken, if you can gert away with it. Cheating is just another game tactic. Gamers only care about winning. They find it hard to believe that everyone is not in it just for the money.

Do You Think Gamers Are A Minority?

Fortunately, in my experience, litigators with that kind of win-at-all-costs mind-view are a small minority, but, nevertheless, they are often very successful. What do you think? How common do you think this amoral attitude is among litigators? Compete the poll below and share your thoughts. It is anonymous.

I personally consider the mind-view or gestalt of gamer lawyers to an over-competitive plebeian view of litigation. I consider them unprofessional and unethical because this approach exalts winning and personal profit over the duty of a lawyer to serve as an officer of the court. To me this service of justice is a near sacred duty. This is why I became a lawyer, not to make money or amass power, and certainly not just to play games. But what do you think? Am I just a naive idealist? An irritated gamer? Share your view with this anonymous poll.

After all of this, it may surprise you to know that I myself am a gamer. I like games, especially video games, and I even find game theory somewhat interesting.

I have been playing games all of my life, and computer games since Pong. The first computer programs I ever wrote in the early 1980s were games, mostly for my kids. They still remember my Mr. Computer Head, the world’s first make-a-face program, which I created on my Texas Instrument 99/4A using TI basic, assembly language, and some macine code. It had color graphics, music, some animation, and moving pixels (sprites). It even had one of the first speech synthesizers. After you assembled a face, Mr. Computer Head would smile approvingly and say: I sure look good now. It was fun creating and playing. I don’t have time to play much these days, but I still keep up with the latest thing. Just last week I played the new Xbox 360 Kinect Star Wars game. Way cool. 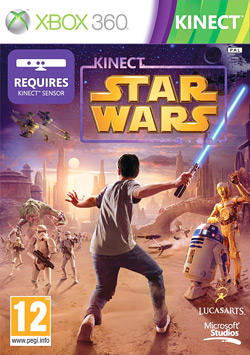 Yes, I love games, but only when there are rules. Without them it is just anarchy. Moreover, as an adult I know that there is a time and a place for games and gamesmanship. Litigation is not the time, not the place. Truth and justice are more important than winning. Making a contribution to society is more important than making money.

I am also interested in game theory, although no expert on it. As Wikipedia explains, game theory is the study of strategic decision making. It focuses on the interplay of conflict and cooperation and for this reason is a natural for legal analysis.

Grossman and Cormack on Game Theory, Ethics, and E-Discovery

The role of game theory in e-discovery was considered in an article by Maura Grossman and Gordon Cormack, Some Thoughts On Incentives, Rules, and Ethics Concerning the Use of  Search Technology in E-Discovery (Vol. 12, Sedona Conference Journal, 89-104) (2011) (hereinafter “Some Thoughts“). This article has been a sleeper, but well worth reading for the game theory discussion alone, although this is  just one part of their interesting article on ethics and search.

The bottom line for me on game theory and e-discovery is that it shows that any purely rational  approach to discovery, one that disregards ethics and good faith, is doomed to failure. It is a game that cannot be won. I base this conclusion on what is called in game theory as the Prisoner’s Dilemma. Here is how Grossman and Cormack explain it:

Some Thoughts at 96-97. Here is how my favorite cartoonist Scott Adams’ explains it:

Grossman and Cormack end their Some Thoughts article with the following conclusion:

Whether in the capacity of counsel for the responding party, counsel for the requesting party, or as an officer of the court, a lawyer has many incentives to conduct an efficient and effective search. Incentives to conduct an ineffective or inefficient search arise largely from attempts to game the system, fear that an adversary will game the system, insufficient knowledge of the efficacy and cost of available search methods, and financial profit from the use (or failure to use) particular search methods. By and large, these incentives tend to be neutralized by the existing rules and ethical proscriptions when counsel are knowledgeable and competent with respect to search methods in e-discovery and strategies for their optimal use. The net effect is that the approach most beneficial to the client, and to the justice system, as well as least likely to violate the rules or ethical proscriptions, is to make an informed choice of the most effective, most efficient search method. Lawyers should not assume or insist that existing practices – such as exhaustive manual review – are always the best choice in the face of growing evidence that other methods can achieve as good, if not better results, at a fraction of the cost.

Lawyers who ignore these values and employ game tactics are doomed to fail. If their opposition is also a gamer, then both will both lie and cheat each other. The clients on both sides will lose. If their opposition is not a gamer, they will also lose as soon as the judge who controls the proceeding catches on to their gamesmanship. Once they are exposed, they are done. You can easily stop unethical gamers by exposing them.

Message to lawyer gamers: quit the game. Play video games instead. If you just went into law to make money. Get out. Go into business. They have different ethics, different rules. You can win there. Maybe. But you cannot win here. The profession, especially the judges, will make sure of that. So will thousands of lawyers like me. We care about the law, even if you don’t.

This entry was posted on Sunday, June 3rd, 2012 at 6:01 am and is filed under Lawyers Duties. You can follow any responses to this entry through the RSS 2.0 feed. Both comments and pings are currently closed.

10 Responses to E-Discovery Gamers: Join Me In Stopping Them