More Additions to AI-Ethics.com: Offer to Host a No-Press Conference to Mediate the Current Disputes on AI Ethics, Report on the Asilomar Conference and Report on Cyborg Law

This week the Introduction and Mission Statement page of AI-Ethics.com was expanded. I also added two new blogs to the AI-Ethics website. The first is a report of the 2017 conference of the Future of Life Institute. The second is a report on Cyborg Law, subtitled, Using Physically Implanted AI to Enhance Human Abilities.

AI-Ethics.com Mission
A Conference to Move AI Ethics Talk from Argument to Dialogue

The first of the three missions of AI-Ethics.com is to foster dialogue between the conflicting camps in the current AI ethics debate. We have now articulated a specific proposal on how we propose to do that, namely by hosting a  conference to move AI ethics talk from argument to dialogue. I propose to use professional mediators to help the parties reach some kind of base consensus. I know we have the legal skills to move the feuding leaders from destructive argument to constructive dialogue. The battle of the ethics robots must stop!

In arguments nobody really listens to try to understand the other side. If they hear at all it is just to analyze and respond, to strike down. The adversarial argument approach only works if there is a fair, disinterested judge to rule and resolve the disputes. In the ongoing disputes between opposing camps in AI ethics there is no judge. There is only public opinion. In dialogue the whole point is to listen and hear the other side’s position. The idea is to build common understanding and perhaps reach a consensus from common ground. There are no winners unless both sides win. Since we have no judges in AI ethics, the adversarial debate now raging is pointless, irrational. It does more hard than good for both sides. Yet this kind of debate continues between otherwise very rational people.

The AI-Ethic’s Debate page was also updated this week to include the latest zinger. This time the dig was by Google’s head of search and AI, John Giannandrea, and was, as usual, directed against Elon Musk. Check out the page to see who said what. Also see: Porneczi, Google’s AI Boss Blasts Musk’s Scare Tactics on Machine Takeover (Bloomberg 9/19/17).

The bottom line for us now is how to move from debate to dialogue. (I was into that way before Sedona.) For that reason, we offer to host a closed meeting where the two opposing camps can meet and mediate.It will work, but only when the leaders of both sides are willing to at least be in the same room together at the same time and talk this out.

Here is our revised Mission page providing more details of our capabilities. Please let me know if you want to be a part of such a conference or can help make it happen.

We know from decades of legal experience as practicing attorneys, mediators and judges that we can overcome the current conflicts. We use confidential dialogues based on earned trust, understanding and respect. Social media and thirty-second sound bites, which characterize the current level of argument, will never get us there. It will, and already has, just exasperated the problem. AI-Ethics.com proposes to host a no-press allowed conference where people can speak to each other without concern of disclosure. Everyone will agree to maintain confidentiality. Then the biggest problem will be attendance, actually getting the leaders of both sides into a room together to hash this out. Depending on turn-out we could easily have dozens of breakout sessions and professional mediators and dialogue specialists assigned to each group.

The many lawyers already in AI-Ethics.com are well qualified to execute an event like that. Collectively we have experience with thousands of mediations; yes, some of them even involving scientists, top CEOs and celebrities. We know how to keep confidences, build bridges and overcome mistrust. If need be we can bring in top judges too. The current social media sniping that has characterized the AI ethics debate so far should stop. It should be replaced by real dialogue. If the parties are willing to at least meet, we can help make it happen. We are confident that we can help elevate the discussion and attain some levels of beginning consensus. At the very least we can stop the sniping. Write us if you might be able to help make this happen. Maybe then we can move onto agreement and action. 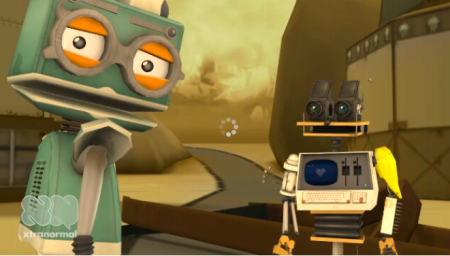 The Future of Life Institute was founded by the charismatic, Max Tegmark, author of Life 3.0: Being Human in the Age of Artificial Intelligence (2017). This is a must-read, entry level book on AI, AI ethics and, as the title indicates, the future of life. Max is an MIT professor and cosmologist. The primary funding for his Institute is from none other than Elon Musk. The 2017 conference was held in Asilomar, California and so was named the Asilomar Conference. Looks like a very nice place on the coast to hold a conference.

This is the event where the Future of Life Institute came up with twenty-three proposed principles for AI ethics. They are called, as you might have guessed, the Asilomar Principles. I will be writing about these in the coming months as they are the most detailed list of principles yet created.

The new web page I created this week reports on the event itself, not the principles. You can learn a lot about the state of the law and AI ethics by reviewing this page and some of the videos shared there of conference presentations. We would like to put on an event like this, only more intimate and closed to press as discussed.

We will keep pushing for a small confidential dialogue based event like this. As mostly lawyers around here we know a lot about confidentiality and mediation. We can help make it happen. We have some places in Florida in mind for the event that are just as nice as Asilomar, maybe even nicer. We got through Hurricane Irma alright and are ready to go, without or without Musk’s millions to pay for it.

The second new page in AI-Ethics.com is a report on Cyborg Law: Using Physically Implanted AI to Enhance Human Abilities. Although we will build and expand on this page in the future, what we have created so far relies primarily upon a recent article and book. The article is by Woodrow Barfield and Alexander Williams, Law, Cyborgs, and Technologically Enhanced Brains (Philosophies 2017, 2(1), 6; doi: 10.3390/philosophies2010006). The book is by the same Woodrow Barfield and is entitled Cyber-Humans: Our Future with Machines (December, 2015). Our new page also includes a short discussion and quote from Riley v. California, 573 U.S. __,  189 L.Ed.2d 430, 134 S.Ct. 2473 (2014).

Cyborg is a term that refers generally to humans with technology integrated into their body. The technology can be designed to restore lost functions, but also to enhance the anatomical, physiological, and information processing abilities of the body. Law, Cyborgs, and Technologically Enhanced Brains. 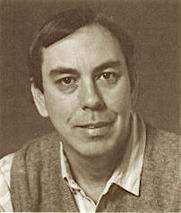 The lead author of the cited article on cyborg law, Woody Barfield is an engineer who has been thinking about the problems of cyborg regulation longer than anyone. Barfield was an Industrial and Systems Engineering Professor at the University of Washington for many years. His research focused on the design and use of wearable computers and augmented reality systems. Barfield has also obtained both JD and LLM degrees in intellectual property law and policy. The legal citations throughout his book, Cyber-Humans, make this especially valuable for lawyers. Look for more extended discussions of Barfield’s work here in the coming months. He is the rare engineer who also understands the law.

This entry was posted on Sunday, September 24th, 2017 at 5:33 pm and is filed under AI Ethics, informaton, knowledge, Technology, wisdom. You can follow any responses to this entry through the RSS 2.0 feed. Both comments and pings are currently closed.

One Response to More Additions to AI-Ethics.com: Offer to Host a No-Press Conference to Mediate the Current Disputes on AI Ethics, Report on the Asilomar Conference and Report on Cyborg Law