Second Edition of The Sedona Principles and the Need for Proportionality 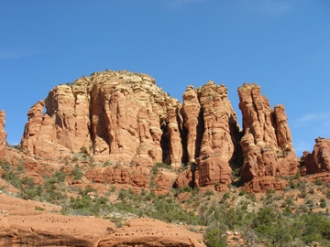 The Sedona Conference  this week published the second edition to The Sedona Principles: Best Practices Recommendations & Principles for Addressing Electronic Document Production (June 2007).  As a Sedona Conference member, I may be somewhat biased, but it is safe to say that everyone in the e-discovery world considers The Sedona Principles a key document for understanding electronic discovery and best practices.  This is especially true of the judiciary, who play an active role in Sedona.  Many district court judges across the country cite to The Sedona Principles and consider it to be authoritative.  The new  Principles can be downloaded for free at the Sedona website, so long as the copy is for your personal use only.

If you have not read the first edition published in 2004 (with annotations revised in 2005), I strongly recommend you now go ahead and read this new and improved second edition.  To those who have studied the original Sedona Principles, relax, the 14 Principles remain the same, although they have been reworded somewhat.  This is a refined and updated version, not a radical rewrite, which is hardly necessary or appropriate after only three years.  But, you will still want to download and begin using this new version ASAP.  It is a significant improvement over the first edition in several respects.

First, and most importantly, the second edition now ties directly into the new Federal Rules of Civil Procedure, most of which were significantly influenced by the Principles. The interface between the 14 Principles and the new rules is well explained. All of the Principle Commentaries have been updated and refined, but especially the Commentaries for Principle 12 on metadata, and Principle 14 on the imposition of sanctions. The Resources and Authorities provided with each Comment have been updated to include several new e-discovery cases and articles. In the process the total text has grown 30%, from 56 to 73 pages (excluding Appendixes). Finally, the second edition is more user-friendly and better written than before. For instance, it now includes a handy chart in the front that lists Topics correlating to the Principles, Federal Rules, and Sedona Commentary.

The new Preface makes the point that the Conference tried to keep the “rule of reasonableness” foremost in mind when writing and revising these e-discovery principles and best practices.

That rule is embodied in Rule 1 of the Federal Rules of Civil Procedure (courts should secure the just, speedy and inexpensive determination of all matters) and is applied through former Rule 26(b)(2) (now renumbered as Rule 26(b)(2)(C) – proportionality test of burden, cost and need) and in many state counterparts. The rule of reasonableness means that litigants should seek – and the courts should permit – discovery that is reasonable and appropriate to the dispute at hand while not imposing excessive burdens and costs on litigants and the court.

The best practices recommended by Sedona must always be tempered by proportionality. In other words, what may be reasonable for a ten million dollar case may be impractical for a routine case that barely makes the federal jurisdictional minimum.  That point is also embodied in Principle 2, which counsels application of the proportionality standard in making a costs-versus-needs analysis to determine what e-discovery efforts are appropriate. The Preface goes on to expand upon this point as follows:

Electronic discovery is a tool to help resolve a dispute and should not be viewed as a strategic weapon to coerce unjust, delayed, or expensive results. The need to act in good faith also extends to the efforts taken to reasonably preserve relevant electronic information, to the form of the production, and to the allocation of the costs of the preservation and production. All discovery issues should be considered in light of the nature of the litigation and the amount in controversy, as well as the cost, burden, and disruption to the parties’ operations.

If only all counsel would remember and follow these wise dictates, and judges would enforce them, we would all be better off. The reality is, many litigants are misusing e-discovery as a strategic weapon, including the so-called “weapons of mass discovery” as discussed in my June 20, 2007, Blog on discovery of computer RAM memory.

This is a key point for me, and so I am pleased that the newly revised Comment 2.b. now emphasizes how the total costs of e-discovery must be considered, not just the costs of retrieval and production:

Costs cannot be calculated solely in terms of the expense of computer technicians to retrieve the data but must factor in other litigation costs, including the interruption and disruption of routine business processes and the costs of reviewing the information. Moreover, burdens on information technology personnel and the resources required to review documents for relevance, privilege, confidentiality, and privacy should be considered in any calculus of whether to allow discovery, and, if so, under what terms. In addition, the non-monetary costs (such as the invasion of privacy rights, risks to business and legal confidences, and risks to privileges) should be considered. Evaluating the need to produce electronically stored information often requires that a balance be struck between the burdens and need for electronically stored information, taking into account the technological feasibility and realistic costs involved.

This point about hidden costs needed to be emphasized.  It has been overlooked multiple times in the last several years, especially by over-reaching plaintiffs and less-discerning judges.  The disruption and privacy factors are hard to quantify, but are very real and burdensome. Further, the cost of review is skyrocketing out of control, despite some attempts to export the work to low paid hourly lawyers in India.  The attorney fees incurred to review ESI for relevance, privilege, confidentiality, and the like, now constitute the bulk of all e-discovery expenses. The estimates I have seen range from a low of 40% to a high of 60% of total e-discovery costs.

All of these costs, especially review expenses, should, in my opinion, be considered by the courts in any proportionality analysis of whether to allow discovery, or to shift the costs of discovery.  These costs should be considered regardless of whether or not the ESI at issue is “reasonably accessible.” Unfortunately, Rule 26(b)(2)(B) does not expressly say that.  It provides for cost-shifting only if the ESI is inaccessible. For that reason, a request for accessible ESI that would impose unreasonable expenses on the producing party must be opposed on the proportionality test under Rules 1 and 26(b)(2)(C), Federal Rules of Civil Procedure, and Sedona Principle 2. Only in this way can the integrity of the judicial system be protected from the intentional misuse of e-discovery to force settlements based on expense avoidance, instead of merit.

This entry was posted on Thursday, July 12th, 2007 at 2:36 pm and is filed under Lawyers Duties, New Rules, Related Legal Webs. You can follow any responses to this entry through the RSS 2.0 feed. Both comments and pings are currently closed.