Venue Analysis Transformed by e-Discovery and the Digitization of Society 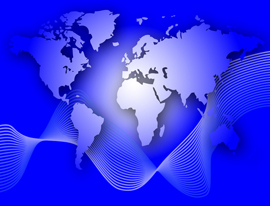 The location and availability of documents have always been important considerations in determining whether venue should be transferred for “the convenience of parties and witnesses, in the interest of justice.” 28 U .S.C. §1404(a). Not any more. Two new cases have shown that the digitization of records and electronic discovery are quickly rendering these criteria obsolete. Victory Intern. (USA) Inc. v. Perry Ellis Intern., Inc., 2008 WL 65177 (D.N.J., Jan. 2, 2008); ICU Medical, Inc. v. RyMed Technologies, Inc., 2008 WL 205307 (D. Del., Jan. 23, 2008).

When parties argue about venue, and what court is better situated to hear a case, they argue about convenience. These arguments not only include the location of witnesses, but, traditionally, also the location of records. If a court is located closer to where the original paper records are stored, that is supposed to be a factor favoring selection of that court.

This law developed in the last century when almost all documents were paper. At that time it made sense. If a case involved a warehouse full of paper records, then the proximity of a court to that warehouse was an important consideration. It made document productions, depositions, hearings and trial easier and less expensive. The proximity to original records was one of several factors of convenience and justice that a court would consider in determining whether to transfer venue.

In this new century, well over ninety percent of business and other records are now in digital form. The electronically stored information can be fairly easily, and sometimes almost instantly, transferred from one computer to another, regardless of where the computers are located. With hash verification in place, the electronic document in the second computer is just as much an original as the electronic document in the first. It is exactly the same computer file. Paper printouts of these multiple original electronic records can then be made anywhere on demand. For instance, they can be made if and when needed for depositions, hearings and trial. The proximity of the courthouse to the location of the computers used to create and store the information is irrelevant.

The Victory case involves a fight over perfume and the right of Victory International to distribute Perry Ellis fragrances. Victory Intern. (USA) Inc. v. Perry Ellis Intern., Inc., 2008 WL 65177 (D.N.J., Jan. 2, 2008). It was brought by a single plaintiff in New Jersey against a host of companies and individuals. As is common in anti-trust type cases like this, the plaintiff, Victory, alleged a long list of complaints:

Victory seeks relief against the defendants for violation of Section 1 of the Sherman Act (15 U.S.C. § 1), violation the Donnelly Act (N.Y. Gen. Bus. Law §§ 340-347), interference with contract, interference with prospective business advantage, breach of contract, fraud, deceit, unjust enrichment, violations of the Florida RICO statute, deceptive trade practices, restraints of trade, and unfair competition under the common law of the State of New Jersey and the other states of the Union.

Senior New Jersey District Court Judge Walls begins his analysis with the federal statute governing venue transfer: 28 U .S.C. § 1404(a). It states that if two District Courts have jurisdiction, then for “the convenience of parties and witnesses, in the interest of justice, a district court may transfer any civil action to any other district or division where it might have been brought.” Judge Walls goes on to explain:

A determination of whether to transfer must incorporate “all relevant factors to determine whether on balance the litigation would more conveniently proceed and the interests of justice be better served by transfer to a different forum.” Jumara v. State Farm Ins. Co., 55 F.3d 873, 879 (3d Cir.1995) “Transfer analysis under Section 1404 is flexible and must be made on the unique facts presented in each case.” McGee & Co., Inc. v. United Arab Shipping Co., 6 F.Supp.2d 283, 288 (D.N.J.1997). “While there is no definitive formula or list of the factors to consider, courts have considered many variants of the private and public interests protected by the language of §1404(a).” Jumara, 55 F.3d at 880.

One of the factors so considered in almost every venue argument in the past was the location and availability of documents and other evidence. Here the plaintiff, Victory, argued that most of the documents underlying this antitrust case were located in New Jersey and New York. That was one of the reasons advanced for opposing the defendants’ motion to have the case dismissed in New Jersey and transferred to Miami. Judge Walls understands the realities of the electronic age. He rejected plaintiff’s argument on the basis of the inherent portability of electronic information and the tools of e-discovery:

In the other recent venue case, ICU Medical, the roles were reversed. ICU Medical, Inc. v. RyMed Technologies, Inc., 2008 WL 205307 (D. Del., Jan. 23, 2008). Here the defendant moving to have the case transferred alleged that the new court would be better because it was located near the records.

This is a patent suit filed by ICU Medical whose principal place of business is in San Clemente, California. The defendant, RyMed Technologies, is headquartered in Tennessee, but also does substantial business in California. Still, ICU sued RyMed in Delaware, not California, because, like many U.S. businesses, both ICU and RyMed are incorporated there. In fact, the only connection both these defendants had with Delaware was incorporation. That gave the Delaware court proper jurisdiction.

Of course, ICU conceded that the California District Court also had jurisdiction. For this reason, and preferring California to Delaware, RyMed had filed its own lawsuit against ICU in California shortly after it was sued in Delaware. RyMed thought it would have a better chance defending the patent claims in California because ICU had recently lost other cases in that court trying to enforce the same patent. RyMed thus moved the Delaware court to transfer the patent suit to California where it could be consolidated and tried with RyMed’s later filed suit over similar claims.

Delaware District Court Judge Joseph J. Farnan, Jr., found no evidence that ICU had filed the patent case in Delaware for the improper purpose of avoiding precedent in California. He considered the other cases ICU had lost there to be easily distinguishable. Moreover, Judge Farnan did not think the technology issues involved in the patent dispute were very complicated, and so the California Court’s prior experience was given little weight:

The Court acknowledges that the Central District of California’s familiarity with the patents at issue is a factor to consider, but the Court does not find that factor to be dispositive, particularly where, as here, the technology at issue is not complex, and the balance of the factors weighs in favor of ICU’s choice of forums.

Still, RyMed argued for transfer due to convenience, noting that the inventor and other witnesses resided in California, and so did all of ICU’s records pertaining to the patent. Judge Farnan began his venue analysis with a recitation of the law, again relying on Jumara.

The Third Circuit has set forth a list of factors for district courts to consider when deciding whether or not to transfer. Jumara,Id. 55 F.3d at 879-80. These factors include six private interests: (1) the plaintiff’s forum preference as evidenced by his or her original choice, (2) the defendant’s preference, (3) whether the claim arose elsewhere, (4) the convenience of the parties due to their relative physical and financial condition, (5) the convenience of the expected witnesses, but only so far as the witnesses might be unavailable for trial if the trial is conducted in a certain forum, and (6) the location of books and records, to the extent that the books and records could not be produced in a certain forum. Id. at 879.

Judge Farnan then considered RyMed’s record proximity argument, but rejected it. He did so on the basis of the easy transferability of electronic records and the powers of e-discovery to locate and use these records. Judge Farnan begins by setting out the opposing arguments:

RyMed contends: . . . . (5) access to relevant documents and design prototypes will be easier logistically and less expensive if this action is litigated in the Central District of California.

ICU further contends that: . . . . (3) because RyMed’s technical and damages-related documents will primarily come from Tennessee, not California, documents will need to be transferred some distance regardless of where the case is tried, and electronic discovery “eliminates any claim of burden based on location.” (D.I. 16 at 9.)

With respect to the location of records and other documents, and access to design prototypes, the “technological advances of recent years have significantly reduced the weight of this factor” in the Court’s analysis, because they have “substantially reduc [ed] the burden of litigating in a distant forum.” Affymetrix, Inc. v. Synteni, Inc., 28 F.Supp.2d 192, 205 (D.Del. 1998). Thus, even if the Court credits RyMed’s contention that many of its documents regarding “manufacturing and distribution activities are located in the Central District of California,” rather than in Tennessee at RyMed’s headquarters (D.I. 21 at 6), this factor weighs only minimally in favor of transfer. Affymetrix, 28 F.Supp. At 205.

I agree with these judges. The physical location of documents is now of no importance in most cases in determining appropriate venue. The old cases that include document location on the list of common factors to be considered are, to that extent, no longer valid. The reference has, in effect, been overturned by advances in technology. Unless you have a rare case of voluminous dead-tree only documents, it should not even be argued. It is better to focus on other factors that still have relevance, such as witness location and witness availability. But in today’s world of commonplace air travel and video connections, even these criteria are lessening in importance.

The parochial view is becoming less relevant on all levels. The world is flat as Thomas Friedman likes to say. Technology is pushing us into a new kind of global society. Our laws and legal analysis must also change to adapt to the times. These two venue cases provide a small example of this larger flattening trend.

This entry was posted on Sunday, March 16th, 2008 at 4:11 pm and is filed under Evidence, Technology. You can follow any responses to this entry through the RSS 2.0 feed. Both comments and pings are currently closed.