The twenty-second ranked case is interesting because of the size of fees and damages involved. GN Netcom v. Plantronics, 2016 U.S. Dist. LEXIS 93299 (D. Del. July 12, 2016). Here the defendant intentionally destroyed emails in bad faith. The very upset, for good cause I might add, U.S. District Judge Leonard P. Stark taxed the defendant $3,000,000 in punitive damages plus other sanctions for the “nearly 18 months of discovery to get [to] the bottom of the deletion story.”

Here is the award, the amounts of which are on the high-end of monetary sanctions.

As sanctions for spoliation, Plantronics, Inc. (“Plantronics”) shall be subject to: (1) monetary sanctions in the form of the reasonable fees and costs incurred by GN in connection with the disputes leading to today’s Order; (2) punitive sanctions in the amount of $3,000,000; (3) possible evidentiary sanctions, if requested by GN and found by the Court to be warranted as this case progresses toward trial; and ( 4) instructions to the jury that it may draw an adverse inference that emails destroyed by Plantronics would have been favorable to GN’ s case and/or unfavorable to Plantronics’ defense.

The opinion by Chief Judge Stark makes the e-Discovery Team’s Top 22 list of most interesting e-discovery cases in 2016 not only because of the size of the cash award, but also because of the location of the court itself, namely Delaware, where many large corporate disputes are litigated. 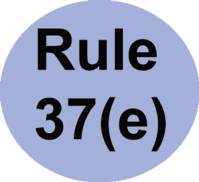 The opinion contains an excellent discussion of case law and background on sanctions and Amended Rule 37(e). Here is how Chief Judge Stark sums up Third Circuit law on sanctions:

ln Schmid, 13 F.3d at 79, the Third Circuit listed three “key considerations” for determining appropriate sanctions for spoliation of evidence: “(1 ) the degree of fault of the party who altered or destroyed the evidence; (2) the degree of prejudice suffered by the opposing party; and (3) whether there is a lesser sanction that will avoid substantial unfairness to the opposing party and, where the offending party is seriously at fault, will serve to deter such conduct by others in the future.” A court may impose dispositive sanctions for spoliation to remedy prejudice and deter future misconduct. See Micron, 917 F. Supp. 2d at 328 (“Any lesser sanction would, in effect, reward [the spoliator] for the gamble it took by spoliating and tempt others to do the same.”).

Judge Stark summarizes the bad faith conduct of the defendant that required the sanctions.

In light of all this evidence, including Plantronics’ repeated obfuscation and misrepresentations related to Mr. Houston’s email deletion and its investigation of it, the Court finds that Plantronics did act in bad faith, “intend[ing] to impair the ability of the other side to effectively litigate its case.” In re Wechsler, 121 F. Supp. 2d at 423 ; see also Micron , 917 F. Supp. 2d at 318 (“In light of the full record, the court finds that Rambus‘ litigation misconduct further evidences bad faith.”).

The court’s analysis of burden of proof is instructive and follows revised Rule 37(e).

If you prove intent and bad faith, then you do not have to prove that you have been prejudiced by the ESI deletion. Instead the defending party must try to prove no prejudice. That is hard to do when you do not know what the deleted files were. 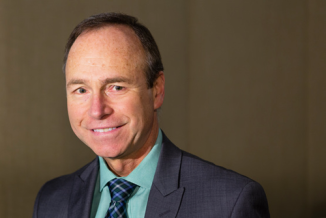 The twenty-first ranked case is interesting because of its examination of the burden of proof issues and its reminder that the “inherent power” of the court remains as an independent grounds for spoliation sanctions. CAT3, LLC v. Black Lineage, Inc., 2016 U.S. Dist. LEXIS 3618 (S.D.N.Y. Jan. 12, 2016).

The author of this well-written, lengthy, fact intensive  opinion, is U.S. Magistrate Judge James C. Francis, IV. He is known inside the field as a top e-discovery expert. I found his opinion here on Rule 37(e) interesting because it examines the burden of proof issue, specifically the shift after the moving party establishes intent. Judge Francis found in CAT3 that there was “clear and convincing” evidence of intent to alter electronic evidence, namely email domain names. The high standard of clear and convincing is only applicable to the issue of intent. The lower “preponderance of evidence” standard is applicable to other issues, such as proof of prejudice.

Third, the appropriate standard of proof depends in part on the specific issue to be decided. For example, clear and convincing evidence of bad faith may be appropriate, see id. at 1477, while prejudice is better judged by the preponderance standard, see Residential Funding, 306 F.3d at 109; Kronisch v. United States, 150 F.3d 112, 128 (2d Cir. 1998) (“[To] hold[] the prejudiced party to too strict a standard of proof regarding the likely contents of the destroyed evidence would subvert the prophylactic and punitive purposes of the adverse inference, and would allow parties who have intentionally destroyed evidence to profit from that destruction.”), overruled on other grounds, Rotella v. Wood, 528 U.S. 549 (2000); Rimkus Consulting Group, Inc. v. Cammarata, 688 F. Supp. 2d 598, 616 (S.D. Tex. 2010) (holding “[t]he burden placed on the moving party to show that the lost evidence would have been favorable to it ought not be too onerous, lest the spoliator be permitted to profit from its destruction.” (quoting Heng Chan v. Triple 8 Palace, Inc., No. 03 Civ. 6048, 2005 WL 1925579, at *7 (S.D.N.Y. Aug. 11, 2005))).

These findings provide the basis for relief under Rule 37(e). First, each of the threshold requirements of the rule is met. The emails are plainly “electronically stored information.” There is no dispute that the plaintiffs were obligated to preserve them in connection with this litigation. As discussed above, information was “lost” and cannot adequately be “restored or replaced.” And the plaintiffs’ manipulation of the email addresses is not consistent with taking “reasonable steps” to preserve the evidence.

Next, remedies are available under subsection (e)(1) of Rule 37. The defendants have been prejudiced by the fabrication of the substitute emails because, as discussed above, the existence of multiple versions of the same document at the very least obfuscates the record. This was demonstrated by the presentation of the doctored email to the president of Black Lineage at his deposition. Moreover, the defendants have been put to the burden and expense of ferreting out the malfeasance and seeking relief from the Court.

CAT3, LLC is also instructive for the clarification that the Court’s inherent power encompasses that of Rule 37(e) and more.

Thank you Judge James C. Francis for helping us start off 2016 right. This was an excellent contribution to the fast evolving jurisprudence of electronic discovery, especially sanctions under Rule 37(e). To me all of the 2016 cases that interpreted new Rule 37(e) were interesting. Your opinion set the stage perfectly.

I would have ranked this case higher but for the mysterious ending to the case which throws the facts recited in the opinion in doubt. On Apr. 4, 2016 the parties stipulated to dismissal, with prejudice, of all remaining claims in the case. Not surprising there to settle, but the language in the stipulation stated that in light of newly discovered evidence provided by the plaintiffs, “neither plaintiffs nor any of their owners or agents engaged in any discovery misconduct or wrongdoing.” This suggests that the domain name changes to the emails were merely an artifact of a the migration of the email system as one expert had speculated, but not yet proven. This surprise ending shows the necessity to use good computer experts and avoid over speculation.

Stay tuned next for the cases ranked twenty and nineteen.

This entry was posted on Friday, December 23rd, 2016 at 3:56 pm and is filed under Evidence, Lawyers Duties, New Rules, Spoliation/Sanctions. You can follow any responses to this entry through the RSS 2.0 feed. Both comments and pings are currently closed.