The Importance of a 502(d) Order and Attorney Candor 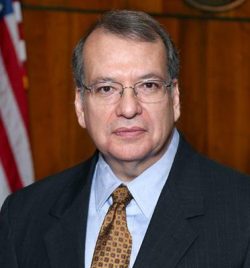 I always suggest that attorneys ask for a 502(d) Order under Federal Rules of Evidence before production of ESI. A new case out of Texas demonstrates some of the many bad things that can happen if you do not. Bellamy v. Wal-Mart Stores, Texas, LLC, No. SA-18-CV-60-XR, 2019 WL 3936992 (W.D. Tex. Aug. 19, 2019). The opinion is from one of the leading e-discovery jurists in the country, Texas District Court Judge Xavier Rodriguez. Although he allowed the inadvertently produced documents to be clawed back, it was a close call. In the process Judge Rodriguez considered those documents and sanctioned defendants based on what he read. He struck defendant’s comparative negligence defense and awarded fees and costs. It could have been worse. The accidentally disclosed attorney emails suggested multiple rule violations and a disturbing lack of candor to the court.

This is a must read opinion, not only because of who wrote it, Judge Rodriguez, and the quality of his research and analysis, but also because of the facts of the case. There are many things we can learn from the mistakes highlighted in this opinion. Including the all important ethical values of attorney candor to the court and cooperation.

I will let the learned Judge Rodriguez’ own words in Bellamy explain this case, which was colored by the  attorney conduct he uncovered.

This is a slip and fall case. Plaintiff alleges that she . .  tripped over a pallet while walking through sliding doors into the garden center. . . .

There have been several discovery disputes that have arisen in this case. The Magistrate Judge presided over the first round of disputes and eventually ordered that the Plaintiff’s [First] Motion for Sanctions be dismissed without prejudice to allow for the deposition of a Wal-Mart employee who may have been responsible for leaving the pallet unattended. The Magistrate Judge further ordered that Defendant supplement its disclosures and discovery responses, amend its objections, and provide Plaintiff with a privilege log as to any withheld documents.

This latest round of disputes centers on what happened next. In responding to the Magistrate Judge’s Order, a paralegal in counsel for Defendant’s office inadvertently produced documents that Defendant claims are privileged under the attorney-client privilege or work product. Plaintiff responds that some documents are not privileged. With regard to documents that are privileged, Plaintiff argues that these documents nonetheless demonstrate that Defendant’s counsel has acted in bad faith and engaged in discovery abuse.

Judge Rodriguez starts with an analysis of Evidence Rule 502.

This Court encourages parties to enter into a Rule 502(d) Order[1], which states: “A federal court may order that the privilege or protection is not waived by disclosure connected with the litigation pending before the court.” FED. R. EVID. 502(d). Despite this Court’s encouragement, the Defendant did not request such an Order.[2] This was the first of many mistakes by Defendant’s counsel in this case. In the absence of a 502(d) Order, the Court then turns to an analysis under Rule 502(b).  . . .

In this case the privilege log was woefully deficient. Specifically, the Court is unable to ascertain the identities of various recipients of the emails in question.

The emails were all submitted to Judge Rodriguez for review in camera. The opinion makes clear that Judge Rodriguez did not think all of these emails were in fact privileged under case law, but plaintiff’s counsel had for some reason, not explained, conceded that they were. 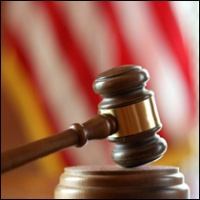 The elements of Rule 502(b) were met with this odd concession, so Judge Rodriguez had no choice but to order their return and prevent plaintiff from using the emails at trial, but Judge Rodriguez was not at all happy about the contents of the emails. This is where the hammer falls:

*3 Accordingly, pursuant to Fed. R. Evid. 502(b) and Fed. R. Civ. P. 26(b)(5)(B), Defendant is entitled to “claw back” the documents it inadvertently produced. But that is not the end of this analysis. Although Plaintiff may not further use these documents in this case, preventing their use in analyzing the pending motion for sanctions would result in a perverse result, upending the rules of civil procedure and encouraging discovery abuse.

With regard to the above individuals, Defendant failed to list them in its Fed. R. Civ. P. 26(a)(1) initial disclosures and failed to timely list them in answers to interrogatories. It is apparent from a reading of the materials submitted either Defendant’s counsel was grossly negligent in fulfilling their discovery obligations or they realized they had an uncooperative manager who was refusing to assist in their investigation, and they did not want to disclose the identities of potentially “bad” witnesses. Counsel for Defendant attempts to shift some of this blame by stating that Plaintiff was already aware of the manager and garden center employee because of her prior employment with Wal-Mart. This shifting is unpersuasive. Defendant’s counsel had obligations to provide this information and it unreasonably and untimely did not. 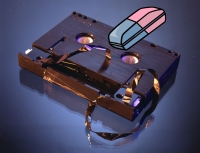 The in camera privileged emails Judge Rodriguez read also showed that a video of the slip and fall once existed. Yikes. That is a real problem.

Counsel for Defendant never disclosed to Plaintiff’s counsel that at one time video may have existed that was now lost. Rather, counsel merely kept repeating that video does not exist.

That was way too cute. Disclosure to opposing counsel and the court was expected by Judge Rodriguez.

If that were not all bad enough, the emails revealed another hidden fact:

Finally, Plaintiff’s counsel discovered in the inadvertently produced emails that: (9) Defendant hired an
investigator to conduct a full social media/background check on the Plaintiff on June 20, 2018; and (10)
outside counsel for Defendant notified “Travis Rodmon-Legal” that surveillance had been completed on the Plaintiff and “it is debatable if the footage will be beneficial…. The investigator informs me that she moves very slowly, gingerly and hobbles a bit.”

*4 Counsel for Defendant never disclosed that it possessed video of the Plaintiff. Defendant was under an obligation to disclose any such video as a request for production had been made to that effect. Likewise, Wal-Mart had obtained numerous statements from the Plaintiff prior to her obtaining representation. These statements were requested in requests for production, but not timely disclosed. Counsel for Defendant attributes this failure to the fact that one attorney working this file left the firm and the file was reassigned and the new attorney was unaware of the video’s existence. Although this suggests no “bad faith”, at the time Wal-Mart sent its responses to requests for production and stated that it had no video of the Plaintiff it violated Rule 26(g).

Plaintiff requests that Defendant be sanctioned for failing to disclose that store surveillance video at one point existed and at some point became “lost.” Plaintiff also seeks sanctions because the Wal-Mart manager testified at her deposition that she took multiple photos (including of the pallet) and these photos have never been produced. Likewise, the manager testified that she obtained a statement from the employee who left the pallet unattended and that statement has never been produced. Plaintiff also seeks sanctions because Wal-Mart did not preserve the pallet in question. Finally, Plaintiff requests sanctions generally for Defendant’s failure to honor its discovery obligations. Plaintiff also requests that the Court provide an adverse inference instruction to the jury regarding the missing information. Plaintiff seeks these various sanctions citing generally to Fed. R. Civ. P. 37 and the court’s “inherent
authority.”

Judge Rodriguez examines the law on sanctions and then considers the ethical Duty of Candor to the Court (Rule 3.3, Model Rules of Professional Conduct) the Duty of Cooperation and Rule 1, FRCP (just, speedy and inexpensive).

Counsel for Defendant wisely opened its Response brief with the following: “Defendant’s counsel
acknowledges and accepts it made mistakes during the discovery of this matter. It accepts that consequences may come from the Court as it considers Plaintiff’s Motions before the Court.”

It is apparent that at the time of the accident, Defendant considered this a low-value or nuisance case. It did not contemplate the severity of the Plaintiff’s injuries and medical treatment. But once Plaintiff placed Defendant on notice that she was going to pursue litigation, reasonable and proportionate preservation obligations were required to be met. Likewise, defense counsel may be on billing constraints, but discovery obligations and adherence to the rules of civil procedure must be met.

*7 Federal Rules of Civil Procedure 1 and 26(f) contemplate that the parties meet in good faith to discuss the case and facilitate resolution of the case and discovery issues because the parties have an obligation “to secure the just, speedy, and inexpensive determination of every action.” Rather than complying with the rules, defense counsel delayed the production of adverse material and the identity of witnesses and the extent of the inappropriate acts only fully became revealed after an inadvertent production of emails was made (after intervention by the Magistrate Judge).

A reading of the file in this case makes apparent that Wal-Mart has known early on that it is responsible for the pallet being left unattended for some period of time in an area frequented by customers. Many counsel for defendants argue that the burden is on a plaintiff to establish all elements of their causes of action. That is true. But if that is going to be the Defendant’s strategy (even when knowing they will likely suffer defeat), this Court is not sympathetic to complaints that litigation is too expensive. In this case, rather than focusing on the extent of Plaintiff’s damages, Wal-Mart has now expended significant time and fees on the liability issue its own claims investigator conceded a long time ago.

Defendant’s Motion to Abate or Strike Plaintiff’s Second Motion for Sanctions (docket no. 49) is DENIED, but as stated above Plaintiff may not use the inadvertently produced documents for any other purpose and counsel must return any documents still in Plaintiff’s possession, if any, to Defendant. Plaintiffs’ Motion for Sanctions (docket no. 50) is GRANTED as stated above. Defendant may not assert any comparative negligence defense in this case, including arguing that the danger was open and obvious.

This entry was posted on Sunday, October 27th, 2019 at 2:48 pm and is filed under Evidence, Lawyers Duties, New Rules, Spoliation/Sanctions. You can follow any responses to this entry through the RSS 2.0 feed. Both comments and pings are currently closed.