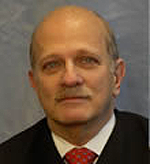 Here is a quick supplement to my blog yesterday on Clawback law. I wanted readers to know that another of our expert judges on e-discovery, U. S. Magistrate Judge Frank Maas, has recently enforced a clawback order. Brookfield Asset Management, Inc. v. AIG Financial Products Corp., 2013 WL 142503 (S.D.N.Y. Jan. 7, 2013). In the original order here enforced Judge Maas omitted the use of the word clawback. He instead called it a Rule 502(d) stipulation order. I suspect he did so to make it very clear that no showing of reasonable efforts would be required to prevent waiver and obtain the return of a privileged document.

Judge Maas entered the stipulated order on February 11, 2011. But that did not stop plaintiff’s counsel from trying to avoid the stipulated 502(d) order two years later when defendant’s vendor made a mistake. Here is the scary story of how it happened. Defense counsel properly redacted highly relevant attorney-client comments contained in drafts of corporate minutes. They then produced the rest of the draft minutes. But alas, the vendor screwed up, big time. They left the secret comments in the documents as metadata, which they produced to plaintiff’s counsel.

Apparently the comments were so hot that Plaintiff’s counsel thought they should take a crack at getting them into evidence anyway. They did so in spite of their stipulation, the court’s order, and even another earlier ruling from Judge Maas that these same comments were privileged. The defendant had previously produced the final version of the minutes. In that earlier production the vendor did not screw up, and attorney comments were completely redacted and logged. The plaintiff had challenged the privilege log and Judge Maas had held that the redacted comments were protected by attorney client privilege. Still, when the drafts of the same minutes were later produced with the vendor screw up, and comments now visible with a metadata search, the plaintiff’s argued waiver from the vendor’s error. 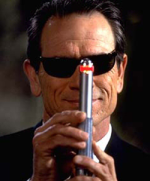 That argument did not work with Judge Maas. He acknowledged the importance of the secret communication produced, but enforced the order and required their return and non-usage. Of course, you cannot order a lobotomy, and Neuralyzers have not been invented yet, so the secret is out. Plaintiff’s counsel now knows, and probably so too does the plaintiff.

This kind of vendor error is every attorney’s nightmare. It just shows the risks you take when using some of the great deal vendors out there. Price alone is a very poor criteria for vendor selection. Have you ever seen the kind of warranties and indemnities a vendor provides? None. They are not lawyers. They are not fiduciaries. Most are not even insured for this kind of thing. It is an arms-length contract and buyer beware. A vendor should never be selected on price alone. For that matter, neither should a lawyer!

Here is most of Judge Maas’ excellent, short opinion:

In my view, the resolution of this dispute is quite simple. First, I previously ruled that the relevant portions of the Board minutes are privileged. If so, the corresponding drafts obviously also are privileged. I recognize—as I did when I issued my earlier order—that this determination deprives Brookfield of information which likely would be extremely important to its case. The significance of the information withheld, however, is not a basis for directing its disclosure since it clearly is protected by the attorney-client privilege.

Second, it does not seem to be disputed that Simpson Thacher produced the draft minutes pursuant to subpoena in redacted form, and that the redact-ed text was visible only when the corresponding metadata was reviewed. While this emphasizes the need for counsel for a producing party to keep a watchful eye over their e-discovery vendors, it does not suggest that AIG or its counsel did (or failed to do) anything that warrants a finding that AIG’s attorney-client privilege has been waived.

Third, even if AIG or its counsel had dropped the ball (which they did not), the parties at my urging had entered into a Rule 502(d) stipulation which I so ordered on February 11, 2011. See Fed.R.Evid. 502(d). That stipulation (ECF No. 57) contains one decretal paragraph, which provides that “Defendants’ production of any documents in this proceeding shall not, for the purposes of this proceeding or any other proceeding in any other court, constitute a waiver by Defendants of any privilege applicable to those documents, including the attorney-client privilege ….“ Accordingly, AIG has the right to claw back the minutes, no matter what the circumstances giving rise to their production were.

Since Rule 502(d) provides a clear answer—i.e., Brookfield may not use documents that I have determined are privileged for any purpose—there is no need to consider any sanctions beyond directing the return of all copies (electronic or otherwise) of the draft Board minutes.

This entry was posted on Tuesday, March 12th, 2013 at 10:15 am and is filed under Evidence, Lawyers Duties, Metadata, New Rules, Review, Search, Technology. You can follow any responses to this entry through the RSS 2.0 feed. Both comments and pings are currently closed.