Back in Halloween 2010 I blogged about U.S. Magistrate Judge David Waxse’s then new  opinion on clawbacks, which included a model clawback order. See Clawbacks: Trick or Treat?  The order was entered at the request of the defendant in Rajala v. McGuire Woods, LLP, 2010 WL 2949582 (D. Kan. July 22, 2010). The plaintiff opposed the order. Judge Waxse, who is one of the country’s leading e-discovery experts, of course agreed with the defendant’s very reasonable request. Judge Waxse entered what I called a model clawback order.

The whole point of the clawback order was to make it crystal clear that if a party accidentally produced a privileged document, they would not have to show they made reasonable efforts in order to claw it back. It was thus very surprising to see a recent order by Judge Waxse in that same case. Rajala v. McGuire Woods, LLP, Civil Action No. 08-2638-CM-DJW, USDC, Kansas, Jan. 3, 2013 (copy of full opinion here). The order explained that the plaintiff did not have to show reasonable efforts in order to claw back a privileged email and denied the defendant’s motion to deem the privilege  waived. You read that right. 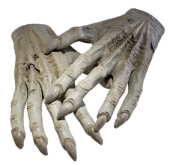 Judge Waxse must have been surprised by the defendant’s motion in view of the plain language of his order. He responded with considerable patience in view of the circumstances. As I pointed out in my original blog, and Judge Waxse rearticulates in Rajala II, if you have to prove reasonable efforts, then the whole purpose of a clawback agreement and order are defeated. It becomes an uncertain exercise. See Eg Mt. Hawley Ins. Co. v. Felman Production, Inc., 2010 WL 1990555 (S.D. W. Va. May 18, 2010).

The detailed explanation given by Judge Waxse in Rajala II is instructive and so will be quoted here at length. But for the complete picture, please read the full opinion, and the original model order. Thank you Judge Waxse for this thoughtful order, that, once again, keeps the claws in the clawback.

As a threshold matter, … [t]he Court has satisfied itself from a review of the record and relevant case law that Exhibit 818 does constitute a privileged and confidential attorney-client communication.

Next, the Court finds that the disclosure of this communication was inadvertent. Plaintiff’s counsel, Anthony LaCroix, has stated via affidavit that after he performed an expedited review of both DVDs, he produced the files to counsel for Defendant, and that at the time the DVDs were produced, Mr. LaCroix was unaware that privileged communications, including what became Exhibit 818, were contained in the production, and that he had no intention of producing such communications to Defendant.

McGuire Woods argues that the Memorandum and Order entered by this Court on July 22, 2010 requires a showing of “reasonable steps” pre-production privilege review before a finding of inadvertence can be made. McGuire Woods’ interpretation of this Court’s opinion is misplaced. …

Moreover, McGuire Woods has presented no evidence to suggest that Plaintiff’s counsel engaged in a “document dump.” Specifically, there is no evidence that Plaintiff’s counsel, in producing the PST file containing Exhibit 818, intended to overwhelm or burden the receiving party with documents largely irrelevent to the litigation; instead, the emails contained in the PST file appear directly related to David McKittrick’s work with Ethanex and thus responsive to McGuire Woods’ discovery requests.

In sum, the Court finds that Exhibit 818 is a privileged communication between former Ethanex CFO David McKittrick and attorney Kirk Presley. The terms of the Protective Order, and not the default provisions of Federal Rule of Evidence 502, govern the handling of inadvertent productions in this case. The order is designed to reduce the time and costs attendant to document-by-document privilege review, and was entered with the express goal of eliminating disputes regarding inadvertent disclosure of privileged documents, which would disrupt the discovery process and cause the attorneys in this case to expend significant resources and time arguing about what steps were taken to prevent disclosure and to rectify the error.

Accordingly, pursuant to the plain language of the Protective Order entered July 22, 2010, the inadvertent production of Deposition Exhibit 818 is not a waiver of Plaintiff’s claim to its privileged or protected nature, and does not estop Plaintiff from designating that document as attorney-client privilege.

IT IS THEREFORE ORDERED that Defendant McGuire Woods LLP’s Motion to determine Privilege Waiver and Deny Clawback of Deposition Exhibit 818 (ECF No. 450) is denied.

This entry was posted on Sunday, March 10th, 2013 at 7:18 pm and is filed under Evidence, Lawyers Duties, New Rules, Review, Search. You can follow any responses to this entry through the RSS 2.0 feed. Both comments and pings are currently closed.