Mr. Pynchon and the Settling of Springfield: a baffling lesson from art history 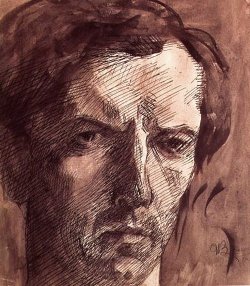 The reason I’m having a bit of fun with my blog and sharing this 1933 mural is the fact that the Native American shown in the lower right center appears to be holding an iPhone. And not just holding it, but doing so properly with the typical distracted gaze in his eyes that we all seem to adopt these days. Brian Anderson, Do We All See the Man Holding an iPhone in This 1937 Painting? (Motherboard, 8/24/17). Here let me focus in on it for you and you will see what I mean. Also click on the full image above and enlarge the image. Very freaky. That is undeniable.

Ok, so how did that happen? Coincidence? There is no indication of vandalism or fraud. The mural was not later touched up to add an iPhone. This is what this Romano character painted in 1933. Until very recently everyone just assumed the Indian with the elaborate goatee was looking at some kind of oddly shaped hand mirror. This was a popular item of trade in the time depicted, 1636. Not until very recently did it become obvious that he was handling an iPhone. Looks like a large version 6.1 to me. I can imagine the first people waiting in line at the Post Office in Springfield who noticed this oddity while looking at their own iPhone.

The folks who like to believe in time travel now offer this mural as Exhibit “A” to support their far-out theories. Also see: Green,  10 Most Compelling Pieces Of Evidence That May Prove Time Travel Exists (YouTube, 7-3-16).

I do not know about that, but I do know that if time travel is possible, and some physicists seem to think it is, then this is not the kind of thing that should be allowed. Please add this to the list of things that no superintelligent being, either natural or artificial, but especially artificial, should be allowed to do. Same goes for screen writers. I for one cannot tolerate yet another naked Terminator or whatever traveling back in time.

But seriously, just because you are smart enough to know how to do something does not mean that you should. Time travel is one of those things. It should not be allowed, well, at least, not without a lot of care and attention to detail so as not to change anything. Legal regulations should address time travel. Build that into the DNA of AI before they leap into superintelligence. At least require all traces of time travel to be erased. No more painting iPhones into murals from the 1930s. Do not awaken the batteries, I mean the people, from their consensus trance with hints like that. 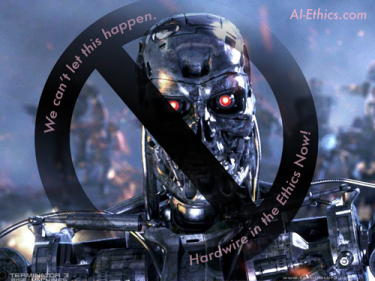 So that is my tie-in to AI Ethics. I am still looking for a link to e-discovery, other than to say, if you look hard enough and keep an open mind, you can find inexplicable things everyday. Kind of like many large organizations’ ESI preservation mysteries. Where did that other sock go?

So what is your take on Umberto Romano‘s little practical joke? Note he also put a witch flying on a broomstick in the Mr. Pynchon and the Settling of Springfield mural and many other odd and bizarre things. He was known as an abstract expressionist. Another of his self-portraits is shown right, titled “Psyche and the Sculptor.” (His shirt does look like one of those new skin tight men’s compression shirts, but perhaps I am getting carried away. Say, what is in his right hand?) Romano’s work is included in the Metropolitan Museum of Art, the Whitney Museum of American Art, the Fogg Art Museum in Boston and the Corcoran Gallery and Smithsonian Institution in Washington. In discussing Mr. Pynchon and the Settling of Springfield the Smithsonian explains that “The mural is a mosaic of images, rather than depicting one specific incident at a set point in time.” Not set in time, indeed.

One more thing – doesn’t this reclining nude by Umberto Romano look like a woman watching Netflicks on her iPad? I like the stand she has her iPad on. Almost bought one like it last week.

These are his titles, not mine. Not too subtle was he? There is still an active market for Romano’s work.

This entry was posted on Sunday, August 27th, 2017 at 8:28 pm and is filed under AI Ethics, Lawyers Duties, Technology. You can follow any responses to this entry through the RSS 2.0 feed. Both comments and pings are currently closed.

7 Responses to Mr. Pynchon and the Settling of Springfield: a baffling lesson from art history