When and Why Should You Start an e-Discovery Team? 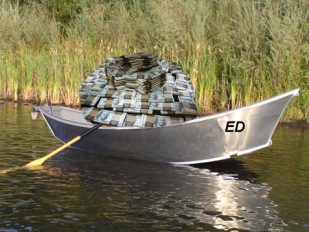 Should every organization have an e-discovery team? If a company has only a few computers, say less than 100, or rarely gets sued and has less than 3 lawsuits going at a time, then it does not need one. It is probably cheaper to just hire outside counsel and vendors to handle e-discovery cases when they occasionally arise. But for everyone else, especially in these times of cost-cutting budgets, it is a necessity. That is because, as my friend Ed Foster likes to say, it can save your company boatloads of money! It saves on outside counsel fees and e-discovery vendor costs. It also saves on inflated settlements to avoid the expense, hassle and risks of e-discovery. Yes, a corporate e-discovery team does cost some money to setup, but as Benjamin Franklin said: “An ounce of prevention is worth a pound of cure.”

Today millions of British pounds and U.S. dollars are being spent on e-discovery cures. This expense is a harsh reality of litigation. So too are the risks, mistakes and sanctions that frequently occur when a company puts its fate in the hands of ill-prepared legal counsel or profit-motivated vendors. Even in the best of circumstances, it is all too easy for a medium or large size company to burn through a few million dollars in e-discovery expenses in just a couple of months. See Kentucky Speedway, LLC v. NASCAR, 2006 U.S. Dist. LEXIS 92028 (E. D. Ky. Dec. 18, 2006). The solution is for a company to take control of its information and its e-discovery activities, and not ignore the problem or over-delegate it to others. This means forming an internal e-discovery team.

But don’t just take Ed Foster’s word for it. Ask the people and companies who have already formed e-discovery teams. For instance, ask Jeff Ghielmetti of Cisco Systems, who has more experience at this than anybody. Jeff often tells the story of how Cisco established the first internal corporate e-discovery team after the stock market crash of 2000-2001. At that time, Cisco was hit with a flood of litigation, often involving millions of pages of electronic documents. One of the first cases came with a $23,500,000 bill for e-discovery! Cisco could not continue at that kind of burn rate, so out of necessity they decided to try something new, and go in-house. For help they turned to Jeff, a Cisco engineer, not a lawyer, but he had the full backing of Cisco’s forward-looking (a/k/a “desperate”) legal department.

Under Jeff Ghielmetti’s direction, Cisco turned away from the traditional model of hiring law firms and e-discovery vendors to manage their data preservation, collection and analysis, and they started to do it themselves. Cisco set up the first internal, multi-disciplinary corporate e-discovery team. It also developed its own proprietary software and computer systems to help the team perform its tasks. Jeff reports that Cisco’s program has been a huge success, not only in cutting costs, but also in better management of risks. According to Cisco’s case study, “Cisco has been able to reduce its discovery costs by approximately 97 percent-for an overall reduction in litigation expenses of 64 percent.” Those are pretty impressive numbers. For detailed information on the Cisco team and the centralized Storage Area Network (SAN) it developed for e-discovery, see How Cisco IT Uses SAN to Automate the Legal Discovery Process.

If you don’t want to take both Ed and Jeff’s word for it, then you could also ask Laura Kibbe. She is the young attorney who helped Pfizer form its first e-discovery team in 2005. As a result of her work, Laura was named one of four of Corporate Counsel Magazine’s trailblazers in 2006. The magazine article on Laura summed up the benefits of her work:

Why pay millions for an in-house e-discovery system when, as most companies do, you can outsource the work? Simple — farming it out to law firms and consultants, all of whom really want the job, can cost even more. Especially when you are an oft-sued drug company like Pfizer. In just one year, Kibbe says, the new system saved “multiple millions of dollars,” and served up several side benefits. She gave Pfizer a “repeatable process” that can find and extract information quickly.

Pfizer GC Allen Waxman is proud of what Kibbe has accomplished in just under two years. Her response team, Waxman says, has reaped “substantial efficiencies and added effectiveness.” . . .

Probably the best thing Kibbe brings to the tech table is the fact that she’s a lawyer who has to use the system. That means that she doesn’t need to rely on outside firms, who sometimes make promises to produce data that their client can’t keep. This way, Kibbe can make sure that what Pfizer tells one court it can or can’t do remains consistent in all courts.

You could also ask Kevin Esposito, the Pfizer attorney who is the current director of its e-discovery team. I have written about him before as one of the lead speakers at the ABA 1st Annual National Institute on E-Discovery. He is adamant that the key to significant costs savings in the long run is to spend the time and money up front to develop an effective e-discovery team. He states this requires careful mapping of all a company’s data, and establishment of sound processes and procedures for preservation, identification and collection.

1. Established a full time in-house interdisciplinary team of legal and IT professionals dedicated to electronic discovery, i.e., formed and funded an e-discovery team.

2. Established detailed litigation hold procedures that were later refined and improved over hundreds of cases. Jonathan describes this key process as having seven steps: a) ID the custodians; b) inventory and map the data sources, which takes many months the first time through; c) send written notices and reminders to all impacted employees; d) monitor and enforce compliance with the lit-hold; e) interview the key players; f) collect the discoverable information; g) export data for production to outside counsel. To that list, I would add the imposition of automated software holds and suspension of usual document retention procedures.

3. Rewrote and implemented an aggressive document destruction policy. In my experience, this is a very challenging and time-consuming process, especially if a company does not already have an effective electronic document retention policy in place.

4. Purchased and refined custom search software to quickly locate electronically stored information across all of their systems that might be relevant to a particular case.

5. Developed a system and software tools to process all ESI and filter out all duplicates and other obviously non-responsive data before export to vendors for further processing and analysis.

6. Purchase and use what Jonathan calls Encase-type software tools to image and search for non-email ESI.

7. Located and trained a pool of reliable contract lawyers to review pre-productions.

8. Trained several of their IT technicians to be forensic experts.

If Ed, Jeff, Laura and Jonathan’s references were not enough, you could also ask James Wright. He is the project manager who leads Halliburton’s team. Jim has a power-point online that lists some of the key points on e-discovery teams. The presentation, which I have heard and previously written about, begins by summarizing some of the benefits of taking e-discovery in-house.

Why should Corporations participate in E-Discovery?
1. Corporations own all the risk of litigation and pay all the costs.
2. It’s just not a paper world anymore: data volumes changed everything.
3. Corporations know their E-data better.
4. E-Discovery mgmt is inconsistent among law firms.
5. Law firms risks & incentives differ from corps: law firms have a more conservative methodology towards discovery; a de-facto disincentive exists for data reduction.

The fifth point made by Halliburton’s team captain is two-fold. First, law firms are naturally more cautious is making decisions and will always err on the side of including more data in the preservation, collection and review set. Secondly, there is a “disincentive,” which Jim in person bluntly calls a conflict of interest, for law firms where attorneys are paid by the hour to review documents they decide may be responsive. He implies it’s like hiring the fox to guard the hen house. Vendors are of course in the same position, since most charge by the megabyte of processed data.

And if all that were not enough, you could also ask Patrick Oot, the young but senior counsel at Verizon who leads its new e-discovery team. Patrick says that:

Managing electronic discovery is probably a number-one initiative at all legal departments. Depending on the volume of litigation an organization has, this can be one of largest line items in your [legal] budget.

Patrick reports that his team approach is keeping vendor prices very competitive and Verizon’s overall e-discovery costs are now under control. Still, you need good vendors and outside counsel to represent you and handle much of the work. Patrick complains about staffing and observes that it is difficult to find experienced senior e-discovery counsel at many law firms. He urges law firms to invest in their own e-discovery teams so that they can better assist their clients’ teams.

The culture at many law firms dictates electronic discovery counsel and director positions as nonpartner track positions. Although firm culture is shifting, many firms fail to place leadership emphasis with true decision-making power on this crucial position.

It takes months to find a solid project management candidate. Firms need to re-educate their teams.

As an e-discovery attorney in a law firm myself, a partner by the way, I could not agree more.

All of the outside consultants with real expertise in the area agree with the need for e-discovery teams, at least the ones not employed by some of the smaller e-discovery vendors. In fact, Ben Hawksworth of Ernst & Young calls the internal corporate team approach the new “holy grail” of e-discovery.

Still not convinced? Then it is unlikely that more references will persuade. To be honest, most companies are not moved by reason to form an e-discovery team, they are moved by experience, bad experience. Typically, a team is not formed until after a bad case. By that time, boatloads of money have already been spent for fees, costs, and a settlement with the plaintiff. The size of the loss in one case is typically far more than the total cost of team formation. Remember, Cisco was motivated to start the first e-discovery team by a $23,5000,000 bill. This tendency of large organizations to ignore the advice of Ben Franklin makes the plaintiff’s bar quite happy, and more Zubulake type judgments happen every day. I hope that does not happen to you, but without an effective team in place, it is very likely.

It is just like Robert D. Owen, the co-chair of Fulbright & Jaworski’s e-discovery group, likes to say: instead of taking the time to get prepared, many companies have decided to play “the e-discovery lottery. They have decided to take the chance that they won’t be hit. It’s a gamble.” I agree completely with Bob. Many companies are gambling a boatload of money they won’t be the next Morgan Stanley or Qualcomm. It’s a bad bet. The only thing uncertain is the size of the boat and when it will sink.

This entry was posted on Sunday, February 10th, 2008 at 10:31 pm and is filed under Lawyers Duties, New Rules. You can follow any responses to this entry through the RSS 2.0 feed. Both comments and pings are currently closed.

8 Responses to When and Why Should You Start an e-Discovery Team?